Will These Photos Of Damnation Bring Long-Overdue Salvation? The Origins of The Syrian Caesar Act

The holocaust, the Khmer Rouge, the terror-famine of Ukraine, the Bosnian, Armenian, and Rwandan genocides. These horrific periods of history are considered some of mankind’s most shameful deeds.

Today, we look back at these events with disbelieving eyes. We agonize over how they were ever justified- how past humans were willing to dismiss their humanity for the sake of money, greed, or arrogance.

We remember our ancestors who risked and lost their lives to ensure future generations would never have to suffer the horrors they witnessed.

And then, we return to our daily lives, turning a blind eye to the fact that history is repeating itself.

Whether in Yemen, Myanmar, Palestine, Sudan, or Syria we have chosen to ignore countless modern-day crises that our children will one day remember as another example of their ancestor’s failures.

From all the inhumanities we have overlooked, the Syrian Civil war is perhaps the most contradicted, and over the years, has provoked unsuccessful (and often counterproductive) interference from all corners of the world.

What began as a battle between governmental and anti-governmental forces has now transformed into an international playground where foreign powers exploit the suffering of millions to secure their own political agendas- and fear no consequence.

In Syria, crimes against humanity are considered collateral damage, whilst the arrest of hundreds of thousands, many of them children, is labeled as ‘terrorist eradication.’

But of course, as with any conflict, nothing is black and white.

Due to misinformation, lack of transparency, and multisided interference, international organizations have failed to obtain irrefutable evidence to hold a certain group accountable for the atrocities inflicted on the Syrian people.

When blamed for torturing, falsely imprisoning, or targeting innocent civilians, all sides of the Syrian conflict deny the allegations or point to one another.

For example, the frequent and indiscriminatory bombing of innocent civilians is thought to be the work of the Syrian government. However, the Syrian president claims to have never intentionally murdered his own people and, instead, holds the various rebel groups in the country responsible.

The same uncertainty was experienced following the chemical attacks of 2018. When, despite there being video footage of the attack, the president of Syria, Bashar Al Assad, and his allies, claimed that it was ‘100% fabricated’ to smear the regime’s public image.

For the longest time it seemed that regardless of the inhumane and systematic abuse Syrians endured, there was never going to be enough evidence to hold any organization accountable.

But when Caesar’s photos were released, everything changed.

What Are The Caesar Photos And What Do They Show?

Harrowing stories of Syria’s governmental ‘detention facilities’ had long been circulating the region, but the scale of this alleged savagery remained unknown.

In early 2014, however, a Syrian military photographer- codenamed ‘Caesar’- smuggled more than 50,000 images he took inside these ‘facilities.’

The images unveiled the bodies of those believed to have died in governmental custody- depicting the torture that led up to their deaths. 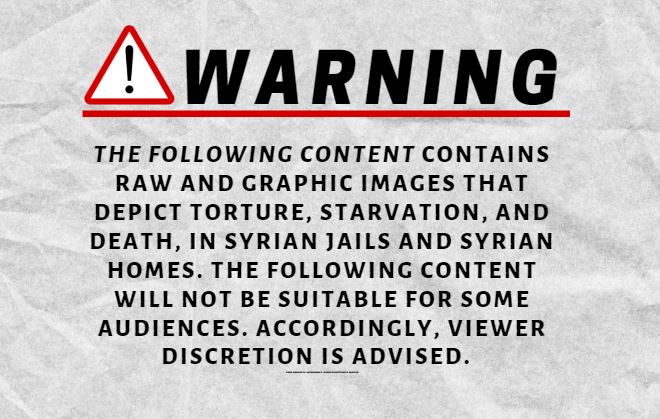 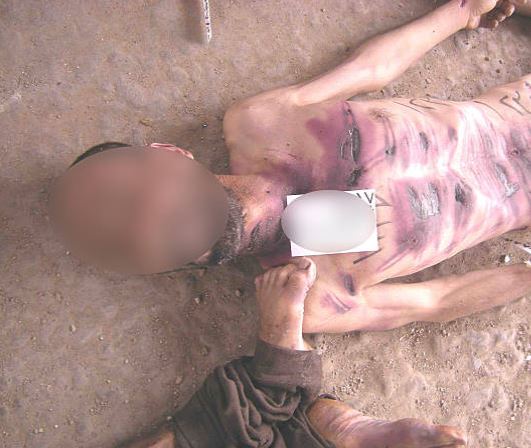 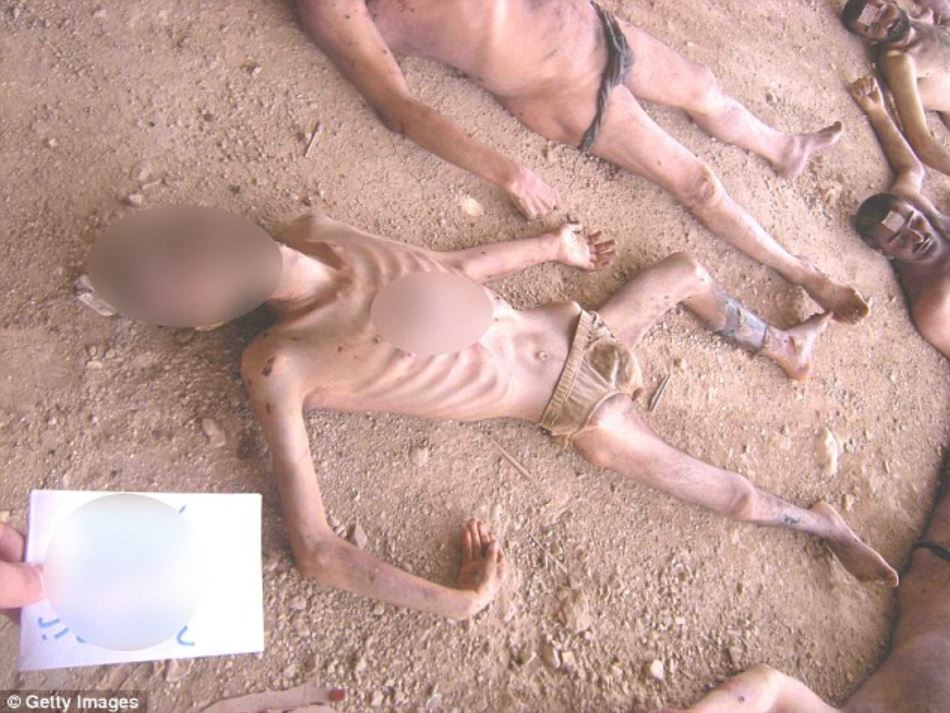 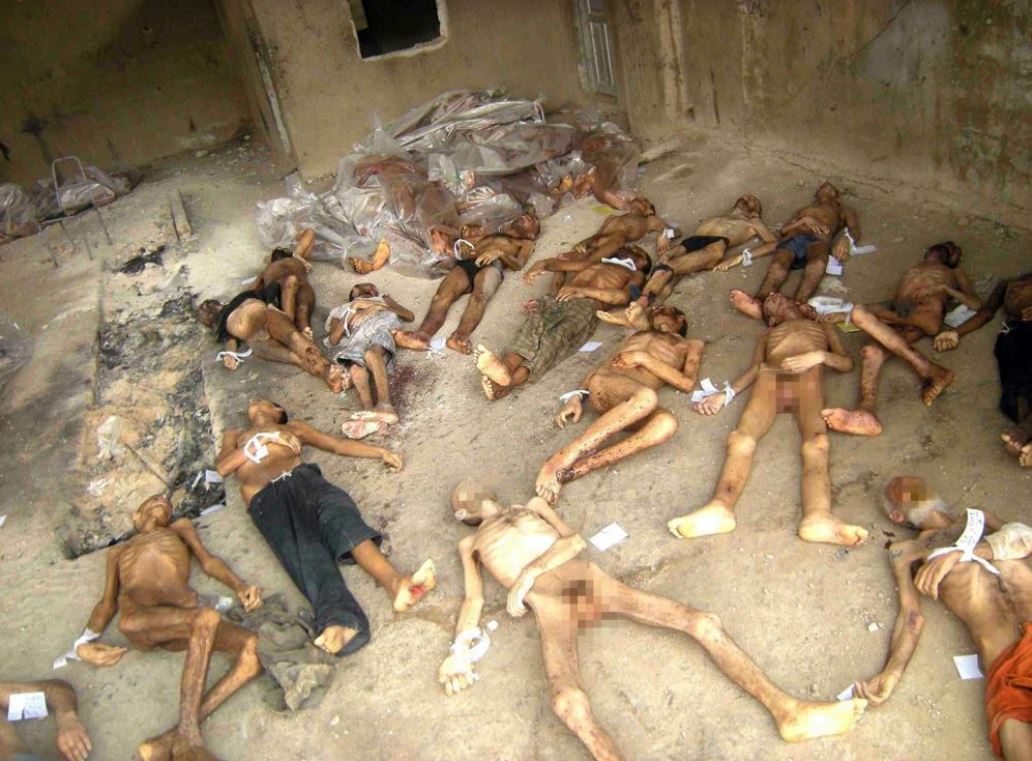 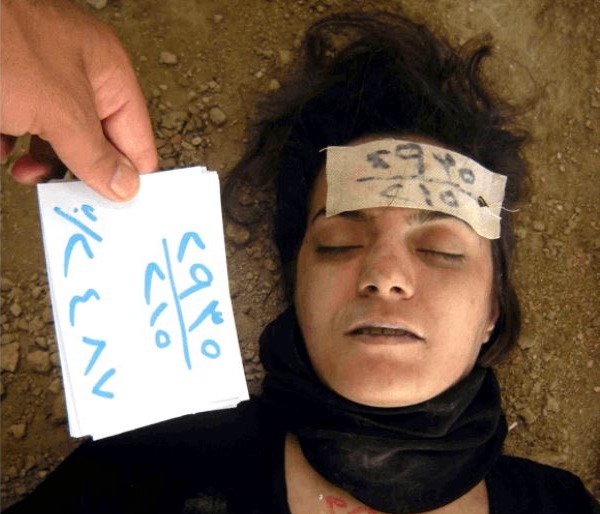 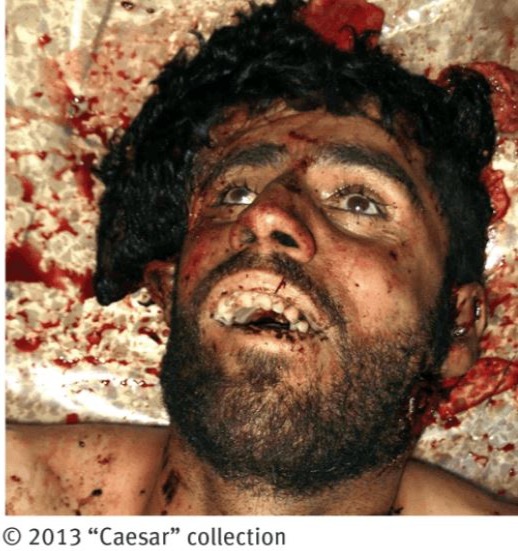 From the photos Caesar took, 6,786 separate individuals could be identified, many of them showing evidence of suffocation, starvation, gunshot wounds, amputations, electrocution, whipping, and much, much more.

Initially, the Syrian President preached his innocence. Based on the images being unidentifiable, he argued- once again- that the photographs were mere politically influenced propaganda.

In an interview with foreign affairs, he stated: ‘You can bring photographs from anyone and say this is torture…who said this is done by the government, not by the rebels? Who said this is a Syrian victim, not someone else?’

But the images had already said what a thousand words could not describe.

Caesar, and those working with him, refused to accept that the life-threatening risk they took to smuggle this evidence would result in an organization evading blame once again.

So, in 2015, the images were finally uncensored and made public, in hopes that Syrian citizens would identify some of the victims and prove that they were, indeed, innocent Syrian civilians who were detained by the government’s military.

With the help of the Human rights watch, the FBI, and Syrian records, Syrian families identified some of the corpses, confirming that they were fathers, sons, brothers, and husbands- not heartless terrorists- who were detained by the military and then never heard from again.

In fact, a doctor who reviewed the photos found at least 100 children amongst the bodies. One of which being, Ahmad al-Musalmani, who, according to family members was detained for having an anti-Bashar song on his phone.

The photos encouraged other defectors to reveal the atrocities they witnessed whilst working in the military.

According to many sources mentioned in the Human Rights Watch, authorities held detainees in filthy, overcrowded cells for months or- in most cases- years.

The food was so insufficient that prisoners slowly starved to death. The cells, barely the size of classrooms, held hundreds of prisoners who, due to the humidity and lack of oxygen, would sometimes die of suffocation.

The rate of death in these ‘facilities’ was so high, that corpses were stored in military garages because the morgues had no more space.

Slowly, it became an undeniable fact that the Syrian military detention centres were nothing but human slaughterhouses.

And as verified evidence continued to surface, prosecutors had the leverage they needed to act against the Syrian government; hence, the Caesar act.

What Is The Caesar Act?

Developing out of a report issued by a Qatar-hired law firm in London, the Caesar act passed through U.S. congress last year, and was put into action last week.

After 7 years, Caesar’s photos finally sparked action instead of just outrage. But, unfortunately, this action was not one that targeted Bashar’s government alone.

The 5-year long plan aims to impose sanctions on individual organizations that support Assad’s regime or carry out any monetary transactions with them. Therefore, deeming any trade with Syria impossible.

Many have criticized this plan, claiming that the damage inflicted on the government will only be a fraction of the devastation the Syrian population will endure.

This is because 10 years of Syrian civil war has left the population financially defenseless.

Previous sanctions and continuous violence collapsed the Syrian currency, skyrocketed inflation, and crippled the exchange rate, which is only expected to deteriorate as the Caesar act develops.

Unlike the Syrian population, many believe the Syrian government will emerge from these sanctions unscathed, due to the fact that most previous sanctions have failed to dramatically impact the government , who have always found an alternative source of funding.

These facts have led me to believe that the goal of this act is not so much to prevent Bashar and his forces from profiting from the war; but instead, to corner the Syrian population into having no choice but to revolt.

And if this truly is the plan, then it seems to be working.

Many cities that were previously pro-government have taken to the streets to demand change; but as years of Syrian protests have shown, these demonstrations usually result in more death than reform.

Hopefully, however, this time will be different.

Whether this tragedy was induced by the rebels, the government, international powers, or a mixture of all, hopefully, Caesar’s photos will divert the World’s attention to a cause we long neglected.

We should no longer stay silent and follow the path of previous generations who thought they were too weak to influence the world around them.

This period of history does not need to be remembered as humankind’s continued failure; instead, it could become a symbol of unity.

So...what's next? Consequences Of Easing Or Prolonging Lockdowns

The Rise and Fall of Slavery Throughout History: A Simplified Overview of Slavery's Past